the Name of the writer the street was named with the project title “No. 28”. This reports the press service of Nur the Sultan.

In the solemn opening of the street was attended by the state Secretary Krymbek Kusherbayev, the akim of the capital of the Altai Kulginov, members of Parliament, cultural figures, the widow and family kekilbaeva.

“We are opening a street name abisha kekilbaeva, which at one time supported the initiative of the President about transfer of the capital in the heart of Eurasia, was his friend, —

noted in his speech the Secretary of state. —

I wish young generation of the country saw these signs on the streets dedicated to the Abish Kekilbaev, for Fariza Ongarsynova, honor the dead, knew about them. I want to Express my gratitude to the wife of abisha kekilbaeva Clara. You are an example to the younger generation.”

The name Abish has kekilbaeva street in Almaty

“For many years, Abish Kekilbayev was a friend and ally of the President. Made a huge effort and contributed to the prosperity of the country,”

said the mayor of the city.

A native of Mangistau Abish Kekilbayev kekilbaev (1939-2015) famous by such works as the novel “the End of a legend”, the story “the Ballad of forgotten years” and “the Prize of begones”, stories “After the meeting”, “White rose”, “the happiest day” etc. the Writer has translated into the Kazakh language novels of guy de Maupassant’s “Pierre and Jean” and “Life”, the novel of Chingiz Aitmatov “Early cranes”, the works of William Shakespeare, Anton Chekhov, Leo Tolstoy and many others.

Works kekilbaeva translated into 13 languages. In September, his name has former street Kablukov in Almaty. 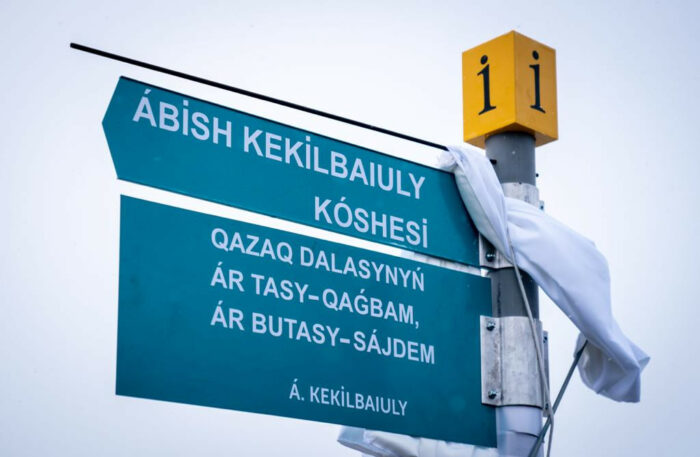