At the Ministry of ecology, Geology and natural resources of Kazakhstan commented on the information on detection of tigers in the territory of the impound yard in Nur-Sultan, according to zakon.kz.

In place of the departed employees of Akmola regional territorial inspection of forestry and wildlife together with employees of Saryarka up MIA RK.

Earlier, on March 17 in the Committee of forestry and fauna of MAHDI received information that on the territory of the Metropolitan circus, Nur-Sultan, allegedly illegally are two tigers. Employees of Akmola regional territorial inspection of forestry and wildlife in conjunction with the staff of up Esil Kazakhstan Ministry of internal Affairs found out that the tigers (age 9 months) belong to the employee of the circus, which brought them in 2019 from the territory of the Russian Federation and placed in the Parking lot of the circus. When he had a contract for the sale of animals and the veterinary passport, but lacked authorization from the Administrative body of the Convention on international trade in endangered species of wild fauna and flora under threat of extinction – CITES required for the importation of the tigers. The administrative authority of CITES in the Republic of Kazakhstan is the Committee of forestry and fauna.

“The police took an explanatory note from the Deputy Director of the circus and the owner of the animals. The tigers were left to the owner a receipt for safekeeping, but no criminal or administrative proceedings on the given fact not open”, — reported in Department.

Currently, the inspection staff went to the scene, they will feed the animals and will determine their continued presence. 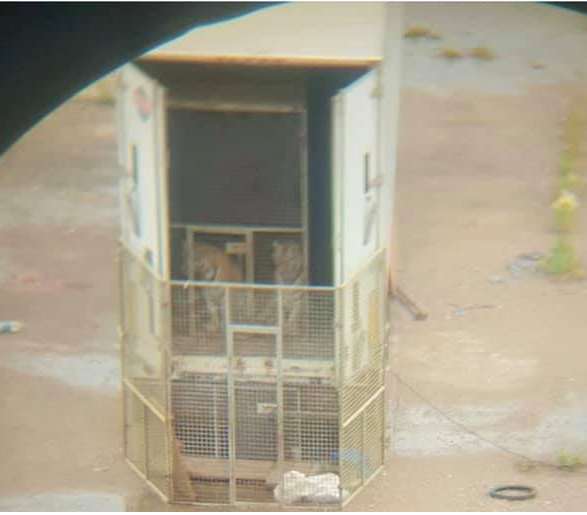