As noted by the press Secretary of the President Berik Uali, openness and willingness to interact with society is an important feature of political style Kassym-Jomart Tokayev.

“The head of state, implementing the concept of “hearing state” pays special attention to feedback with the population. For prompt consideration of citizens ‘ appeals were launched Virtual reception of the President of Kazakhstan, which received 6673 letters. Kassym-Jomart Tokayev holds regular briefings and press conferences, gives interviews to the domestic and foreign media. He actively uses social networks such as Twitter and Instagram. For 9 months in Instagram published 60 posts on its official events, meetings and trips. Kassym-Zhomart Kemelevich plans to publish on his page and unofficial photos, videos,” wrote Berik Uali in Facebook. 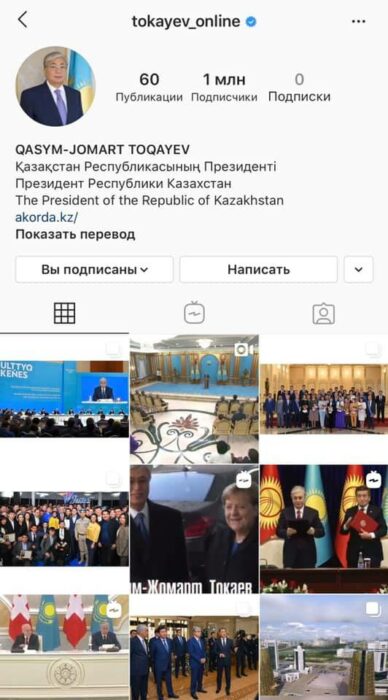