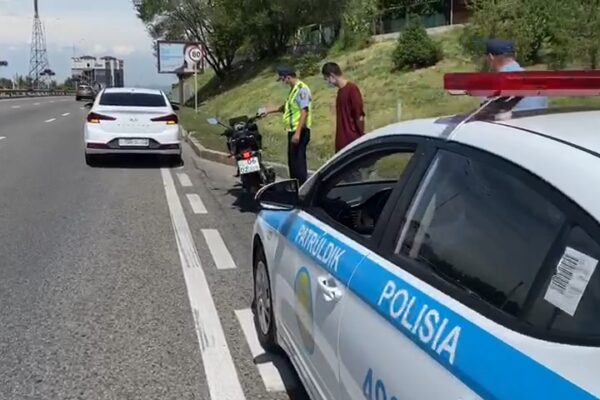 In Almaty held operational preventive event aimed at detection of violations committed by drivers of motorcycles and cars with the resonator, the press service of the police Department of Almaty.

“We have a lot of requests from the public. People are outraged a quick ride, roar, the work of the resonators. Among them, by the way, there are elderly people and people with young children. All these factors lead to a fairly tense situation on city roads. In this regard, the police conducted targeted testing,” — said the head of the local police service DP Almaty police Colonel Manap Sattarov.

According to the speaker, only for the last days employees of the combatant units just revealed 56 violations of traffic rules.

“In particular, the 7 facts of driving a vehicle without license plates, 11 facts of driving without a license, 4 fact control without insurance policy, 1 fact of illegal conversion, etc. 12 motorcycles placed on the impound lot. However, a separate line should be noted that for a duty day on the roads of Almaty identified 22 of a motor vehicle, unauthorized use of resonators. According to article 590 part 5, for driving a vehicle that does not meet the established safety rules of the road drivers brought to administrative responsibility. Let me stress that similar practice in the metropolis will be held every day,” concluded Manap Sattarov.