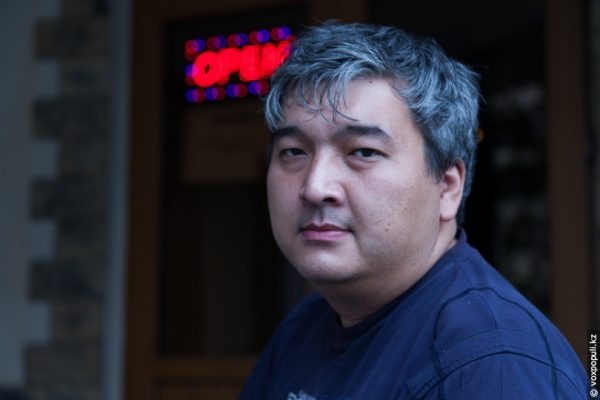 Ethnic conflict in Kordai district, which led to the deaths of 10 people and dozens of serious injuries have been resolved. The region is slowly returning to civilian life. Earned schools and kindergartens. There is a rough estimate of material damage — more than 1 billion tenge.

But experts continue to ask questions of power. For example, what has been done to prevent such collisions? Indeed, in the history of Kazakhstan, there are several bloody ethnic conflicts. The analyst Daniyar Ashimbayev has no illusions about the operational acceptance of system measures. And here’s why.

— Do you think that the resignation of Askar Myrzakhmetov from the post is a brave act or cowardice?

— I’m not sure Myrzakhmetov he resigned. It was not a public statement of resignation, but the news came after the resignation accepted by the President. Moreover, a few hours before the resignation of the President set the task Myrzahmetovu to sack Deputy Governor and Governor of Korday district. I think he Askar Isabekovich much the resignation is not going to. Though he is an experienced politician, but neither as Minister nor as Governor did not cause any emotions. It is clear that the situation in the region has developed an emergency and to get rid of a little blood, the authorities will not succeed. Ritual bloodletting was necessary.

Why in the appointed region Berdybek Saparbayev? What he can change?

— Budget — man of the old school. He headed for the fifth region, which is a record for the country. But in my opinion, in recent years, he takes not so much experience, how much unceremoniously. Prodanova authority, he Deputy Prime Minister managed to ride on almost all topics. To say that they were resolved, is difficult. But of Berdybek Mashbekovich seen and heard.

So the political vacuum in Zhambyl region, which has emerged in recent years, for some time filled

To tell whether a system action is also difficult. Because this issue of state policy as a whole.

The reasons and finding answers

— And what, in your opinion, all the causes of this conflict?

— The three of them, in my opinion. First, different ethnic groups have their own professional specialization. Someone stronger in the music, someone to trade, someone in politics, someone in medicine. But in addition to General psychological profile, there is a certain shadow specialization. Some nation specializiruetsya on the theft of horses. The other on the drug trade. Third — smuggling. Of course, not all members of these ethnic groups, but this observation is associated with features of the habitat. It is neither good nor bad, it’s a given.

What we call ethnic conflicts, largely due to the shadow redistribution of spheres of influence

A particular sector, which started the redistribution, controlled by a certain ethnic group. And because of the informal sectors, often it is about organized criminal groups. They rested on the basis of representatives of a particular nationality living in the area.

Information about that security forces had. Often such sustainable shadow groups and the roof of some representatives of Executive power or local government offices, or law enforcers. Any measures are not taken, since these markets were included in the “food base”.

The redistribution of spheres of influence

— Because of the deteriorating socio-economic situation in recent roof and redistribution of the shadow areas. Already actively discussed that the family of one of Kazakhstan’s high-ranking official in control of Kordai customs. for this reason a few years ago,nor fought with the Kirghiz. This applies to formal channels of redistribution of the flow of contraband.

I was told that the Dungan Diaspora is related to the smuggling trade between Kyrgyzstan and China. Once again, I’m not talking about the entire Diaspora. But the part that has to be described me the events constituting the Armenian Diaspora.

Now, as soon as it starts processing, it takes the form of ethnic conflicts. The question that we have an ethnic crime, and it must be qualified to study, to isolate from the General system of international relations, have long been raised. But in any case on this issue was the statement that we have no ethnic crime, we have only inter-ethnic harmony and stability. And begged not to go and not to inflame.

— The second reason — we don’t have normal political and ethnic monitoring. Deep system of regular research databases and research centers in Kazakhstan does not exist.
All national policies rooted in the propaganda and the cut.

Look at the budget of the Assembly of people of Kazakhstan and immediately understand what was going on. Contests, clubs, flash mobs. Or sociological research that is carried out is not clear who and it is unclear where to put them. The question immediately arises about the unsuccessful waste of money purely for the carnival.

Monitoring is weak and the governorates, and security forces. And until you rush somewhere, the question no one does.

The third reason is that in recent society, with the support of a number of figures in the highest state administration actively promoted the theme of aggressive nationalism. In itself, the concept “nationalism” is diverse, but unfortunately,

promotion Terry-fashioned nationalism, which is primarily manifested in the domestic sphere

Judging by the hysteria that has developed around events in Shallow and in Kordai district, the mood in public opinion actively promoted.

Alas, we have mindless nationalistic propaganda. This also applies to the state ideology, and approaches to history, education and regulation of the same social networks.

And from the point of view of Kordai events of nationalist propaganda and provocations were not the cause, but the occasion and the background against which these events unfolded. Clearly, if we are talking about the redistribution of the shadow of the smuggling routes, the national factor plays a role in lesser extent. The ultimate beneficiaries the theme of patriotism and national superiority are important as a way to remove a rival gang.

— Social networking is the cause of the riots is called the most sensitive in Kazakhstan, the language issue. They say, hence all the problems. Do you agree?

So all nationalities, who built the modern Kazakhstan are the same its indigenous population, and the Kazakhs

The language factor, of course. But we must not forget that no matter how much they cut down on the total Russification, the mass abandonment of the Kazakh language in the Soviet period were perceived position of many Kazakhs. And give examples of that here originated the experiment, to put it mildly, illogical.

The issue has its own painful story, and politicize it in looking foolish to the extreme even more

In a situation with Cordem there are several levels — overlooked, not organized, not thinking, closed his eyes. There are certain problems that need to be addressed on the basis of system monitoring and analysis.

There is a positive trend, but…

— When did the Zhanaozen, a problem has arisen not for one day, she’d pick decades. And it is not decided still. There is a certain tension.

When we adopted the program of development of monotowns, talked a lot about their holistic development. But no systematic measures are not taken

Similarly to any other problem. Many times a situation would arise when all of these government agencies gave suggestions. And they replied that they need not ideas, and appeals for calm. Or: “Your ideas are great, but we will consider them later.” And nobody, of course, is then not considered.

Whenever such situations raises the question about the need for a comprehensive approach to the problem, and not this propaganda.

Coordination dynamics of power in recent years, andchildren in a positive way. But the problem was pick years. So without a radical and immediate measures, they are not quickly addressed.