Washington analytical Brookings institution published a commentary to the rhetoric of the presidential candidate of the Democrats is Michael Bloomberg. Moreover, the authors do not mind that we are talking about the Bloomberg speech he delivered 12 years ago. They claim that now, in the words of presidential candidate no-no slip idea — rich to do richer and the poor and blacks as something to Unscrew.

The crisis was caused by Congress?

As mayor of new York in 2008, Michael Bloomberg claimed that the housing crisis of that period was caused by the abandonment of the policy “red line”. That is, the banking practices of the mid 20th century that made housing loans available in black neighborhoods, says Brookings.

The findings of Bloomberg completely contrary to the facts, but is stored in his rhetoric today. And probably because they reinforce one of the most damaging narratives of the American economy. In particular, the economic and social situation of poor and blacks is solely the consequence of their own actions.

“Probably it all started back when the banks were under huge pressure to provide loans to all,” said Bloomberg at a lecture at Georgetown University in 2008.

According to him, the mortgage crisis led to the decision of Congress to abolish an unwritten rule banks in evaluating borrowers. The government required banks to issue mortgages to everyone. It began to get even those who a priori could not make payments for the purchased house.

This argument Bloomberg was repeated year after year. But it is wrong from beginning to end.

What is a “red line”

Take his definition of “red line”:

The “red line, if you remember, is a term which banks have taken entire neighborhoods and said:

People in these neighborhoods are poor, they will not be able to pay off the mortgage loans. Tell the managers not to offer loans in these areas.” 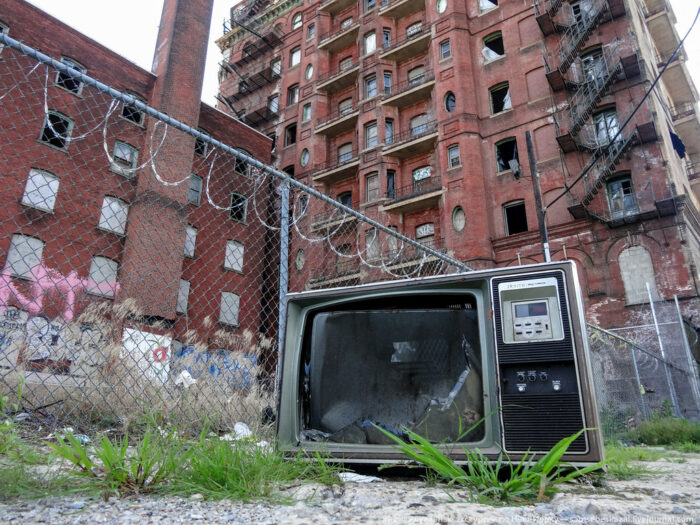 According to analysts of the Brookings institution, a policy “red line” was not a measure to protect banks from bad loans, but a means of discrimination of black neighborhoods

If you do not remember the red line in the form in which it is a candidate for the presidency, then only because its definition makes no sense.

Actually Redlining is the practice of the U.S. government, acting through the Loan Corporation homeowners. It was determined by the perceived riskiness of the mortgage on the basis of the racial composition of the districts. That is

It was an effective way of isolating blacks in areas that suffered from lower levels of investment than those where mainly inhabited by the white.

Redlining was a Bank way to identify the poor areas of the city. It was, as clearly described by the historian Richard Rothstein, “state-sponsored system of segregation”.

Moreover, to link the end of the “red line” with the recent economic downturn is a blatant omission of facts. Nand the moment when the bubble burst subprime mortgages, îthe Fair Housing law turned 40 and reinvestment act was 30. They worked for a private homeowner market and was aimed at security lending.

In other words, risky investments that preceded the collapse, provoked he government efforts to ensure the availability of a household, it was the greed of predatory lenders.

Bloomberg claims that fair housing policy has gone too far. But in fact it is not. The level of black homeowners today have fallen to the level of 1968. That is, until the level where the law on fair housing, eliminate discrimination in housing, just started working. And black neighborhoods continue to experience stigma.

In particular, the devaluation of the average of $48 thousand for a house, even after accounting for factors such as quality of housing, quality of area, education and crime. It is a whopping $156 billion in aggregate losses.

We see the consequences of this stigma not only in our neighborhoods and in our families. Black people in the “red” blocks are deprived of the opportunity to improve their homes and communities. The government promoted investment, development and growth only in the white suburbs. That is, districts with a black majority does not have the ability to pass on the legacy of the appreciated property on to future generations.

Currently, the white families have the highest average family treasure — a $171 thousand Families blacks and Hispanics, respectively of $17.6 and $20.7 thousand.

Policies such as the “red line”, which concentrates wealth in the hands of a few and at the same time repairing the economic violence against the poor and minorities, too long received rhetorical cover.

The next President needs to address the real housing crisis in this country. That is to make housing in separate neighborhoods affordable for most. Those who became rich as a result of decades of policies based on racism and classicism.

Bloomberg, the eighth richest man in the world. And he knows where in fact the wealth in America. And even more so knows how it is acquired and how lost.