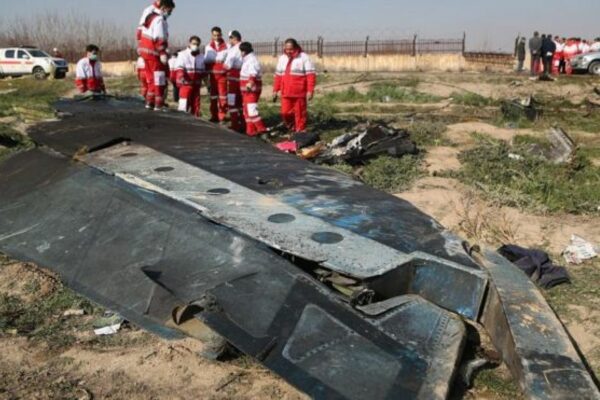 Iranian media reported that the employees of an elite unit of the Islamic revolutionary guard Corps arrested the man who last week published a video of a missile attack aircraft.

However, the Iranian journalist living in London who originally posted the said video, this information is denied.

“I get a lot of calls. They arrested the wrong person. My source, who directed the video, is safe, and I can assure you that IRGC organizes another lie”.

I’m getting lots of calls.

They have arrested the WRONG person regarding the #Flight752 In Iran. The person who is a source of the video is SAFE and I can assure you IRGC is orchestrating another lie. They killed 176 passengers on commercial plane. Thats the real story here. https://t.co/X2k0ycwMBD

A passenger plane of the Ukrainian airlines was shot down on Wednesday last week, two minutes after takeoff from Tehran. All 176 people on Board were killed. Iran initially denied involvement in the collapse of the liner, but later admitted that the plane was hit by air defense systems. In this case calling it an accident.

On Tuesday the official representative of the Iranian judicial system Gholamhossein Esmaeili said that because of the crash , was arrested nfew people. It was about 30 arrested, but neither the names nor positions were not named.

President Hassan Rouhani, speaking on state television, said that the investigation will be overseen by a “special court”.

“It will not be business as usual. The whole world will observe this court,” he said in his speech.

He also stressed that the “tragic event” you can’t blame one person.

“The responsibility of many people,” he said.

Tuesday evening edition of the newspaper the New York Times published another video, which shows that the plane was hit by two missiles.

What others say of the country?

Prime Minister Boris Johnson on Tuesday said a BBC he was “happy” that Iran had admitted to committing “a terrible mistake”.

“It’s good that they apologized. The most important thing now is that tensions in the region decreased”, — he added.

Johnson also said that the next step for Iran would be “dignified repatriation” of the bodies of the passengers and crew of flight PS752.

The Minister of foreign Affairs of Ukraine Vadim pristayko said on Monday that the five countries whose citizens were on Board airliner, will meet in London on 16 January to discuss possible legal action.

He said he was “grieving nation” will decide what steps to take individually and collectively to bring the perpetrators to justice. And will determine the method and amount of compensation to the families of the victims.

Cathy Fox, head of the canadian Council for transport safety, told the BBC that Canada has lost 57 citizens will play a more active role in the investigation of attack of the aircraft than is required by international rules.