The Consulate General of China issued a statement in which the Minister Geng Liping commented on the recent incident in Almaty region. 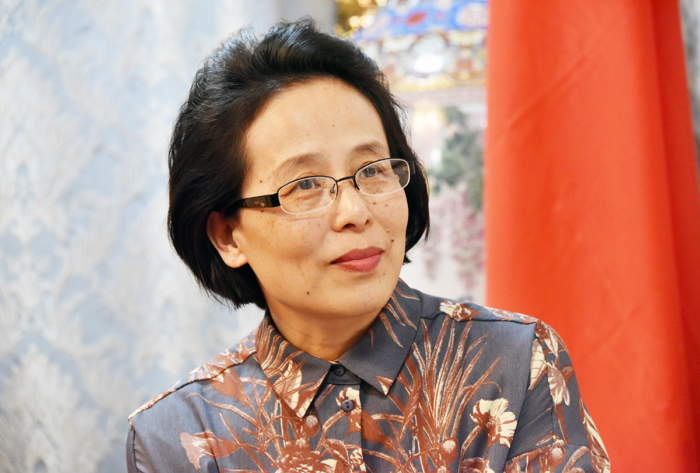 According to the diplomat, it asked for help by one of the Chinese workers. The PRC announced that deals with the reconstruction of roads in Kazakhstan. On 8 October, do not understand the situation, he and several colleagues were attacked by local residents. Suffered several Chinese workers, two suffered serious injuries.

“I’m worried about my compatriots, who suffered a surprise attack. The fact that the incident happened in such a peaceful and international country like Kazakhstan, makes me feel even more bewilderment and disappointment. I hope the guilty will be punished in accordance with the law,” said Geng Liping. 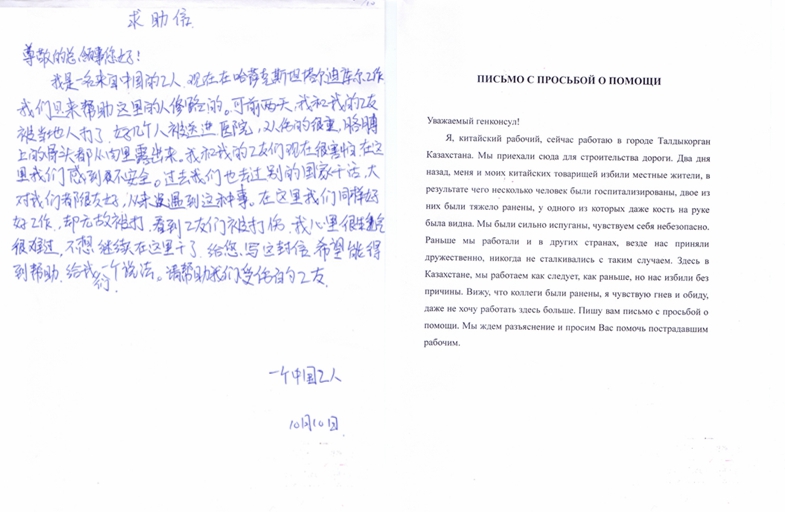 Treatment. Photo courtesy of the Consul General of China in Almaty

Also, the diplomat said that she was surprised by the coverage of the incident in the local media.

“I noticed that many of these messages do not coincide with reality, and some descriptions of them are fictional. Moreover, were attributed to other facts that have no relation to this random event, and they lead people astray.”

Version of the Consulate General of China

According to the diplomat, to clarify the circumstances of the case at the scene left the representatives of the Consulate.

“The cause of the incident was a violation of the rules of operation of one of the local workers. The result was the corrupted part of the already constructed roads. The head of the Chinese side in accordance with the rules criticized this work and demanded to fix it. The offender was unhappy, the two sides began a dispute, which was attended by some other workers.

In the future, the parties reconciled, the dispute subsided. However, the next morning, when Chinese workers came to work, they were surrounded by a crowd of unknown and beaten. As a result, many Chinese workers were injured”.

Victims. Photo courtesy of the Consul General of China in Almaty

Reconstruction of the highway “Shymkent – Ust-Kamenogorsk”, where the accident happened, is one of many joint projects in Kazakhstan, supporting constructive relations of China and Kazakhstan.

“In China they say “I want to get rich, first paved road”. This truth has been tested by us on itself and became one of our most successful experiments. The emergence of Chinese businesses in Kazakhstan for the construction of roads is a sincere assistance to our friendly neighbor of Kazakhstan in improving the infrastructure and creating the happy and prosperous state.”

The diplomat also recalled that in a recent state visit to China President of Kazakhstan Kassym-Zhomart Tokayev has been made a number of important agreements. According to them

China and Kazakhstan will expand the scope of business cooperation, and thereby bring prosperity to the peoples of both countries

“I know that our future cooperation will face those or other difficulties, including those forces and persons who are not welcome friendly cooperation of China and Kazakhstan. They do not want to Kazakhstan stable development and are looking for an opportunity to provoke and defame the governments of both countries, prevent the implementation of the China-Kazakhstan joint projects, trying to slow down the process of development of Kazakhstan”.

To resist the third force

The Consul General expressed confidence that thanks bestowed by the ancestors of the wisdom of the two great nation will overcome all difficulties and will be able to stand together against the destructive forces.

“Despite the incident, I clearly know that these are illegal acts, only a small group of people. Most of the people are sincere and friendly. I firmly believe that these isolated incidents will not interfere with the friendly cooperation of China and Kazakhstan. And when meticulous care and joint efforts, our cooperation will become wider, and the bilateral relations between our countries even more beautiful”.

— As the Consul General of China in Almaty, I’m always ready to engage in dialogue and welcomes the exchange of views with representatives of various circles of Kazakhstan society, summarized Geng Liping.