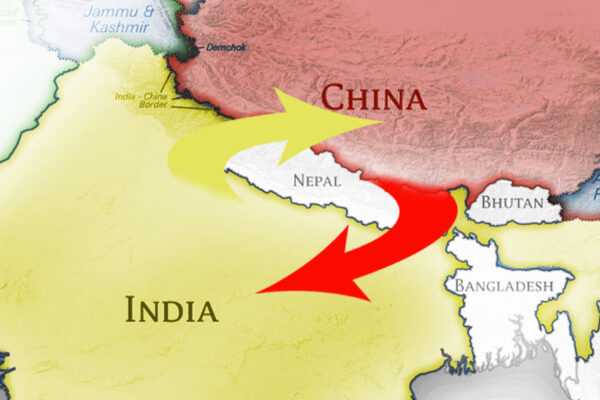 India and China, two of the most populous country in the world. Each has nuclear weapons. And now they are in a very difficult over the past decade, relations crisis.

At least 20 Indian soldiers were killed in a clash with Chinese forces in the valley Galvan, a disputed territory in the Himalayas. This information gives India. Meanwhile, there are unconfirmed reports that among the Chinese troops there were 43 victims. However, it was the deadliest clash between the two countries since 1967.

What happened at the border

80 years India and China on the border dispute in the Himalayas. The actual border length of about 3 500 km of the country do not recognize, so it’s called “line current control”. And every year there are skirmishes. Only in the last ten years has been more than 15 rounds of negotiations, but all to no avail. The Himalayas remain a constant source of tension between Beijing and new Delhi.

The latest escalation began in the first half of last month. The government of India stated that Chinese troops threw stones at Indian soldiers, and this triggered the clash. Beijing denies this allegation, accusing Indian troops of trespassing into the territory of China.

Whatever the reason, in two clashes on 5 and 9 may injured more than 100 soldiers from both sides. In recent weeks, it was still a few small skirmishes, in a result, the hospital beds were dozens of soldiers. But there were no deaths.

From mid-may, reports emerged that the two countries began to shift to the Himalayas troops

Nevertheless, experts hoped that a recurrence of armed conflict of 1967, which resulted in the deaths of hundreds of people, will not. But on may 16 the victim still happened.

The history of the conflict

The seeds of the current border issue were sown at the time when India was a British colony.

At the end of 1800 years the British spent two boundaries, to formalize not yet certain border between India and China, one in the “Western sector”, in Kashmir, and another in the “Eastern sector”. But China, along with the then-independent Tibet did not agree to the British proposals, leaving the demarcation of an open question.

After 1947, India gained independence, its leaders stressed that the border drawn by the British, was correct. They said that some of the disputed territories, including the area of Aksai Chin near the valley Galvan, belong to India. Original China partially admitted the claim, but later changed course. In 1957, for example, the Chinese built road in a westerly direction through part of the territory, which formally belonged to India.

The relations between the two countries remained friendly, but over the next few years began to deteriorate, partly due to problems at the border.

Skirmishes between Indian and Chinese patrols first began in 1959,

but have become more frequent and hard-to-October 1962, when Chinese troops invaded India through the disputed border.

After 32 days of fighting, China has gained more control in the Western sector and threw untrained and badly equipped Indian troops about 20 kilometers.

To somehow resolve the situation, the two countries in 1996 adopted a “line current control” (LAC). But it was not a final decision were both not even agree with the actual length of the LAC. At the same time they adopted a resolution: “the Activities of any of the parties should not go beyond the line of the current control.”

But officials in new Delhi have previously argued that only in the period from 2016 to 2018, Chinese troops crossed the territory of India more than a thousand times. And more to the construction of its infrastructure. Beijing denied all the accusations, saying that building roads in its territory. But

since 1975, none of the parties didn’t shoot the other,

following the resolution of 1996.

Satellite images of the independent intelligence firm Stratfor, appeared in 2018, showed that both sides are building up their forces in the border areas of the disputed territories. India posted on airfield attack helicopters, and China on their bases fighter jets and missile systems. Such activity continues to this day.

“Both China and India are increasing their activities in the Himalayas to build the infrastructure and sends military assets to have greater control in the region,” said CNN Adam Nor, Director of the Council of the Chinese political centre in Australia.

What is the true reason for the escalation

According to most experts, now we are talking not about a border dispute, and the leadership in the region.

China seeks greater control over territory in South Asia. But it prevents the size of India and its close cooperation with the United States.

“Start fighting along the border — the way the Chinese make it clear to the Indians that can make their life pretty bad,” said FOX, Michael Kugelmann, an expert on India from the Wilson Center in Washington.

According to him, India shows that it does not intend to give a more powerful neighbor. Especially in the area where you lost the war just a few decades ago.

That is why the country is investing billions in infrastructure in the region, aiming for 2022 to be built along the border with China 66 roads. One of them is connected with a military base in the valley Galvan.

“While the regional rivalry continues and border issues remain unresolved, clashes are likely to continue. This is a new standard that we will likely see in the coming months and years,” says Kugelmann.

At the same time, experts note that the good news is that none of the parties wants a full-scale war. At least in the near future. Both countries are engaged in the fight against the pandemic coronavirus. Beijing is also concerned about the growing hostility to the US and getting more control in Hong Kong. In turn, new Delhi knows that a direct military clash is unlikely to end in favor of India. And it threatens the loss of territories and control over the mountain ranges.

However, given the nuclear weapons both countries, the situation may deteriorate at any time.

“It would seem that none of the parties has incentives to escalation and the outbreak of war, said air force Vipin Narang of MIT. But the problem is that nationalist forces in both countries unable to demand revenge for the victims. And it is possible that will put pressure on XI and modi to answer by force.”