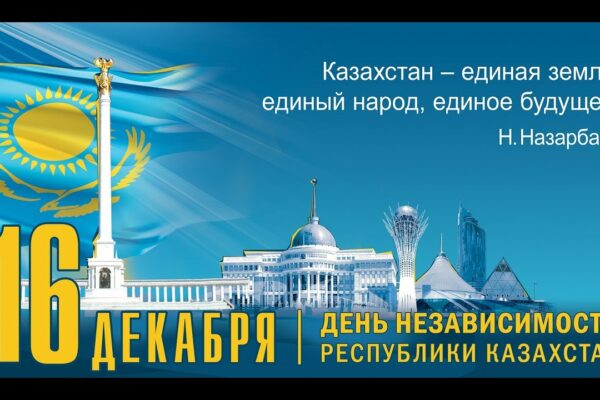 Modern Kazakhstan is a successful and steadily developing country. We occupy a worthy place in the environment of global processes. Stable internal political situation, interethnic and inter-religious understanding. Wise and intelligent state structure. These are the results confident of a consistent policy of Nursultan Nazarbayev.

The Achievements Of The Nation

To talk about the achievements of Nazarbayev in the political arena of the world endlessly. Here are just some of them.

In 2002 in Almaty hosted the first Summit of the conference on interaction and confidence building measures (CICA) in Asia. Important

an event that significantly strengthened the international authority of Kazakhstan

As you know, the first time the initiative to create a common Asian meeting N. Nazarbayev voiced in 1992 at the session of the UN General Assembly. The initiative seemed feasible, especially due to the fact that was put forward by overcoming a small state.

However, 10 years have passed, and in 2002 in Almaty brought together the leaders of 16 Asian countries. The result of the work of the first summit produced two documents:

16 Asian countries, joined the CICA from the very beginning. Today, the organization includes 26 member States and cover about 90% of the territory and population of the continent.

The whole world knows that Kazakhstan was the first in the world have renounced nuclear weapons and closed the Semipalatinsk nuclear test site.

We constantly urge them to abandon nuclear weapons. And our country has a moral right

If suddenly there was a new war, there will be no winners or losers. These important messages reflected in the document “Manifesto: the World – 21st century” and received positively by the international community.

In the Manifesto of the “XXI century: world without war” Nursultan Nazarbayev has clearly outlined the three main principles.

Manifesto understandable to ordinary people all over the world. Presentation abstracts are now important as never before.

The SCO has become an effective platform for multidisciplinary interaction

Today her work takes into account the latest trends of geopolitics and basic trends in the world economy. Nazarbayev noted speaking at the meeting of heads of member States in a narrow format, which was held in the capital of Kazakhstan in 2017.

An important achievement of President Nursultan Nazarbayev’s initiative of holding talks on resolving the Syrian conflict. The negotiations offered hope for a speedy end to war and bloodshed in Syria, stepped up to the Geneva process. Today

the effectiveness of the Astana process is recognized around the world

The Minister of foreign Affairs of Russia S. Lavrov expressed gratitude to N. Nazarbayev for providing a venue in the capital of Kazakhstan. He stressed the importance of the Astana site in the context of the creation of a comfortable political atmosphere.

The foreign Minister of Turkey Mevlut Cavusoglu also expressed their commitment to the negotiation format. He said that since the beginning of the negotiations

in Astana (now Nur-Sultan) have managed to achieve great achievements

and progress during this process.

The Minister of foreign Affairs of Iran Mohammad Javad Zarif stated that the parties managed to reduce the level of hostility and violence in Syria and to mitigate the situation by addressing some of the humanitarian issues.

However, the main merit of the First President that

In a short time the Republic emerged from the crisis after the fall of the Soviet Empire. Got its own national currency, has formed a new economic relations, improved production, increased best workers. Improved social wellbeing of the population. A new system of health care, hospitals are equipped with the most advanced medical equipment in the world. Developing the art. Today the Kazakh people have learned worldwide.

Us began to counsel.

The credibility of the country is growing. All the achievements and blessings of our country are directly connected with name, activity and leadership of the First President of the Republic of Kazakhstan – Leader of nation Nursultan Nazarbayev.