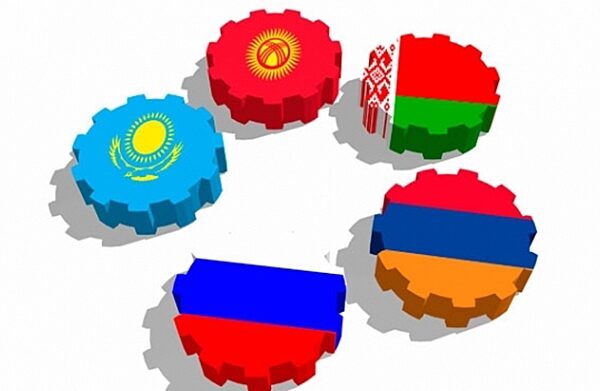 Member States of the Eurasian economic Union are the Republic of Armenia, Republic of Belarus, Republic of Kazakhstan, the Kyrgyz Republic and the Russian Federation.

Professor, Department of international relations and global economy, KazNU named after al-Farabi, Director of the Center for Eurasian studies Galia Movkebayeva said that member States of the EEU for many years closely cooperating in the sphere of extraction, transportation, refining and energy trade.

According to the Professor, in the long term, the energy industry can become the basis of industrial cooperation of the EAEU countries.

Statistics on the member countries of the EAEU

According to the overall EEU — second-scale grouping in the world after the EU, which is a large and growing market.

The share of the countries-members of the Union have to:

— 1/5 of world reserves of natural gas and more than 50% of world exports;

— 5.1% of the world’s electricity production.

The main part of reserves of mineral raw materials and fossil fuels is concentrated in Russia.

Kazakhstan is second after Russia on stocks of natural resources.

In Belarus, a small proven oil and gas reserves.

At the same time proven hydrocarbon reserves in Armenia and Kyrgyzstan, almost none.

TEK as the potential for integration

An important role in the economies of EAEU member States plays a Fuel and energy complex (FEC).

The share of energy in GDP of the EAEU countries is 17%, industrial production – about 33%.

The expert believes that

The volume of bilateral trade in gas between member States of the EEU in 2019 amounted to 33.5 billion m3.

Mutual gas trade in the EAEC is developing in bilateral format. Russia is exporting its gas to countries such as Armenia, Belarus, Kazakhstan, and also an importer of gas of Central Asian origin.

The dependence of the EAEU from the supply of natural gas from Russia varies. Belarus largely depends on Russian gas.

Our country is less dependent on Russian gas.

This is mainly due to the presence of their own capabilities in natural gas production in Kazakhstan, where Russian gas is delivered solely due to the technical characteristics of the gas transmission system that ensures southern regions.

In addition to Russian gas, Armenia imports gas from Iran, and Kyrgyzstan from Uzbekistan (in the southern part), Kazakhstan (Northern parts) and Russia.

Another feature of the gas industry in the EAEC is a pronounced orientation of gas export to foreign markets, as the volume of its production greatly exceeds consumption.

The EAEU member States are considering expanding the use of renewable energy sources (RES) in their national energy balances.

The expert said that currently the EEU countries should mainly cover their energy needs through traditional energy sources.

But the situation is changing. Along with this changing technology and Economics of energy production processes. In fact, the process of increasing capacity for production of renewable energy is in all countries of the EAEU

Share in the energy balance of renewable energy sources:

Almost at the same time, the EAEU plan to increase the capacity of renewable energy sources for electricity production.

Kazakhstan renewable energy is positioned as one of vectors of development of the energy complex. The concept of transition to green economy, a key aim of which was to increase the share of alternative energy sources to 10% by 2030 and 50% by 2050.

The expert believes that despite the difficulties,

the tendency to increase the use of renewable energy sources in the countries of the EEU is positive and based on state, private and foreign investments from a number of international projects

However, in order to create a more transparent and sustainable renewable energy market in EEU countries, it is advisable to reform price subsidies to get the prices for procured energy resources and the energy produced fully cover the cost of manufacturers and ensure a level of profitability.

Galia Movkebayeva notes that a study by the economic interdependence of the countries of the EEU shows degree of integration of the economies has a significant potential for further dynamic development.

Today, the share of mutual trade between the EEU countries account for only 16% of the export gas, 6% oil and 1.6% — oil products, and 37% of the electricity that fully meets the needs of the Union.

At the same time, only the share of Russia accounts for more than 90% of energy trade.

— The creation of a common energy market of the EEU countries by 2025, should accelerate the development of mutually beneficial cooperation in the energy sector,

promote the development of bilateral relations, deepen economic ties between the two countries, as well as to strengthen the position of this integration Association in foreign markets.

Developing energy integration, the Eurasian economic Union seeks to establish a unified energy market and to find more relevant ways to trade in energy, said the expert. And adds that it is still the EEU does not have the opportunity to use all of its energy potential.

Among the specific challenges the expert noted the lack of competitiveness, high dependence on energy imports.

— Today, oil and gas complex of Kazakhstan does not fully satisfy the energy needs of the country, making the need for energy imports from Russia and other countries.

Another problem for the countries of the EEU is the downward trend in world energy markets caused by falling oil prices. It is well known that the budget of Russia and Kazakhstan – the major oil exporters in the EEU depends on the world prices for oil.

OPEC+: the collapse of negotiations in March 2020

Today, the oil market faced with problems that have not been experienced since the global financial crisis of 2008-2009. Galia Movkebayeva suggests that these problems are caused by the collapse of the talks in Vienna on 6 March 2020 between the group of oil producing countries OPEC and its 10 partners, non-OPEC.

OPEC meeting+ was declared as a step toward stabilization of the crude oil market, which caused significant damage to the pandemic caused by the outbreak COVID-19 in China

China imports an average of 14 million barrels per day of crude oil.

Faced with an unprecedented drop in demand for oil, led by Saudi Arabia, OPEC has offered to increase the reduction of oil production by another 1.5 million barrels per day before the end of 2020.

But Russia, the largest of the 10 countries, non-OPEC, OPEC signatory+, rejected this move, initiated by the Minister of oil of Saudi Arabia Abdulaziz bin Salman.

Instead, the oil Minister of Russia Alexander Novak said that the participating companies and countries can increase idle capacity from 1 April 2020. That is, the day after the expiry of the original transaction.

Such a sharp drop in global oil prices, the failure of the first round of talks, OPEC+ to reduce oil production and reduce foreign exchange earnings from export increase the necessity of forming energy integration, energy security and the development of complementarities in the energy sector of the EEU, he said.

Growing energy security risks have to convince the participating countries of the EAEU to reconsider their trade and energy relations within the Union.

A common approach to energy security of Eurasia is as follows:

— the continuation of the energy dialogue;

— achieving an acceptable level of balance of interests of both consumers and producers;

— creation of joint petrochemical enterprises, especially in the border areas.

The expert adds that the development of energy cooperation in the framework of the integration scenario would allow to begin implementation of promising new areas of energy development. In particular,

projects in the field of energy saving technologies and renewable energy

Thus, the strategic objectives of the energy integration of the EEU are:

— the adoption of common principles and standards regulation in the energy sector;

— coordination and consolidation of efforts of the national oil companies of the EAEU;

— the completion of the common energy and gas market, which would entail strengthening the energy security of the EEU and successful competition with oil and gas companies of EU, USA, China, etc.;

— carrying out joint exploration and scientific research in the context of development of forecast balances of gas, oil and petroleum products.