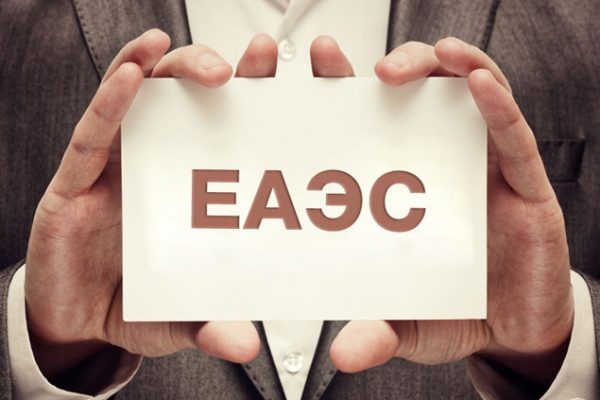 According to him, modern

This is contrary to the principles of the EEU.

“When you come into some sort of Union, I expect that every month, every year will be better. And what happens to us? Every year we slip a new environment. As a result, we are constantly in the economy we lose. Sorry, the hell needed such a Union? <…> It is not normal. We demand, as we agreed, equal conditions for economic entities,” — said the President of Belarus.

“This is not cheap”

Tensions between countries arise not only in trade but also in joint projects. For example, in the protection of the common border. According to Alexander Lukashenko, he offered Russia to conduct activities designed to strengthen the protection. But in the answer was refused.

There are also issues with existing projects. For example, Minsk expensive air defense system working and in the interests of Russia. According to the President of Belarus, their system in the Russian Federation working in this direction, just not there. Therefore, Moscow uses the Belarusian system, but does not pay for it.

“I went for it. We have asked for no money. But when they began to count the money, we invoice for natural gas and other raw materials, the tax maneuver was carried out and say that we are freeloaders. I recently the Russian authorities it is all laid out in a narrow circle and said OK, we’ll wait, it’s not about the numbers. I’m not an accountant and do not intend it to consider, but if you must — count. It is not cheap,” — said Lukashenko.

This statement was preceded by 14 November expressed dissatisfaction with Lukashenko regarding the issue of arms. Belarus buys on credit, the Russian SU-30M. According to “Vedomosti”, the President RB was hoping to get them for free, as “performs security functions at the direction of the Russian people”.

Lukashenko is not the first time expressed dissatisfaction with relations with their neighbors. In April, Russia banned the import of certain goods from Belarus. The official reason – instead of their own products RB reexporter the sanctions products of other countries. In Minsk it is regarded as the closure of the Russian market for local goods.

“You are under sanctions and condemn it, and I absolutely support them. But at the same time, such arms are fighting against their closest allies,” — said the Belarusian leader.

“If you want to put on the repair of the pipelines and the oil pipelines that go through Belarus, the place and repair. Because the good that we do for the Russian Federation, we constantly turns evil. There is insolent to such an extent that we begin to twist arms,” — said Lukashenko.

In Russia such statements reacted quickly enough. The Kremlin responded that their tone does not correspond to the relations of the allied States.

With the criticism of trade policy speaking Russian and Kazakhstan. At the end of October a meeting of the Eurasian intergovernmental Council in which Kazakhstan was represented by a delegation headed by the Prime-Minister Askar Mamin. But the loudest statements did not he, and the Minister of trade and integration Bakhyt Sultanov. For example,

“Earlier the Kazakh side has warned partners in the Union that if the parties are not ready to open their markets to free access of domestic production, Kazakhstan will be forced to take equivalent measures to protect its market”, — noted in the message Department.

Another issue is the simplification of the export of Kazakh goods. Now domestic manufacturers are required to provide certificates of origin of goods. They are required on each lot of the goods, including having a limited shelf life. And to get it, it takes 1-3 days.

“Each party, for example, cream or yogurt, which is exported to Russia or Kyrgyzstan needs to obtain a separate certificate of origin. This not only puts additional financial burden on the exporter, but shortens the shelf life of our product in the market”, — said Sultanov.

A few days later his opinion regarding the current situation was expressed by the Director of the Department of foreign trade at the Ministry of trade and the integration of Kazakhstan baykadamova Oasis. According to her, now the country’s EEU rather focused on protection of their producers, and not providing the work of open markets. And it is fundamentally contrary to the very meaning of the EEU.

“Member States want to isolate themselves from each other, to create the most comfortable conditions for their producers. But Kazakh and Russian producers and consumers need to remember that we are partners, not competitors. Our energy for the protection of producers should be focused on importers from third countries. It is very important efficiently and, most importantly, work together to apply the mechanisms of protection in the internal market”, – quotes its LS .

A similar opinion was expressed by Deputy Minister of trade and integration of Kazakhstan zhanel Kuchukova:

“In practice, Kazakhstani farmers face at the regional level, with the implicit limitations and prohibitions on the Russian shelves. This applies mostly to food products: dairy, food, vegetable products”.

The criticism was joined by the NCE “Atameken”. Here said that the ban on Kazakhstani goods from Russia really is.

“We are faced with such barriers and restrictions that are difficult to document. But there are signs of unfair competition, creating hidden limitations, for example, the access of Kazakh products on the Russian market, including in the retail network”, – added in the NPP.

It was also stated that the Rosselkhoznadzor has imposed restrictions on dairy products and frozen foods from Kazakhstan. The basis for this was questionable laboratory tests. Also, Russia discriminare Kazakh entrepreneurs when conducting state procurement. Moreover,

EEC decisions on elimination of obstacles by the Russian side are not performed, are blocked or are not fully