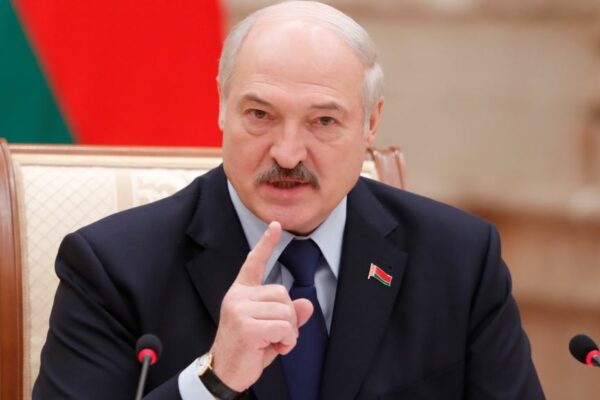 June 19, Alexander Lukashenko at the meeting, whose main theme was to support the economy, made a surprise announcement. According to the head of the President of Belarus, the authorities managed to stop the attempt of the revolution.

“Watching the situation in the last days, I see that intensified certain forces which begin to intensificate, swinging situation.

We saw it long ago. But we still managed to make some steps ahead and derail an ambitious plan — the destabilization of Belarus. Attempt to lead the country to a certain independence. This was the goal.

Mask off certain not only dolls that we had here, but the puppeteers who sit outside of Belarus”,

The President said that for him “there is no greater value than that of Belarus is a sovereign and independent”. “And for the preservation of this country I will go, and what would it cost me”.

But at the same time reminded of what the country was before he came to power, addressing the parents of the teenagers allegedly involved in political games.

“Half of kids who have no to the election of any relationship 15-16-17 years. They don’t remember Belarus, which we left with you in sandals and no pants in the mid-90s. don’t remember these coupons don’t remember what we could not buy a bottle of milk.

They don’t remember that we have three days in Minsk, flour enough to bake bread. They live in a clean and bright Belarus and I think that all this has fallen from the sky. Clearly, it is our shortcoming that we did not explain. But parents know that”, — Lukashenka noted.

And people don’t monitor the situation reasonable question arises: what is this all about and why Lukashenko, the permanent and, as it seems, no alternative, the President suddenly started talking about the opposing political forces?

Not a competitor, but a favorite

With his statement, the President of Belarus made in the day, when the country opened a criminal case against the former head of Belgazprombank Victor Babariko.

He is charged with forming a criminal organization, what threatens till 15 years of imprisonment. The state control Committee of Belarus said that Babariko are “puppeteers” — “big heads “Gazprom” and maybe higher.”

And here it is necessary to pay attention to 2 things:

And the chances of Babariko not zero. According to independent research and online surveys, for him, ready to give their votes to 55% of the vote, while the level of support Lukashenko varies from 3% to 24%.

That is, judging by these data,

the arrested banker, not just a competitor to Lukashenko, and the obvious favourite of elections

And this current government is not ready — the question of the transfer of power in Minsk is not even considered.

A deliberate step or movement of the puppets?

Victor Babariko is considered a heavyweight in the banking system of the Republic, but in politics he is not climbed. Now he actively criticizes the incumbent President, calling him guilty that Belarus “came to the precipice”.

The scientists believe that there is no support from Gazprom, he does not receive an agent of the Kremlin is in Moscow not so disappointed in Lukashenko to seek to remove him. This opinion was shared by other competitors in the presidential race.

The role of the puppet it is also not appropriate – too much political weight and experience. And

program the banker, say the scientists, quite sane, whereas the usual competitors-puppets usually use absurd and populist slogans and ideas

So Babaryka entry into the race is quite a deliberate step and the candidate knows what is at stake. And arrest ahead of the elections is more than transparent hint.

It is worth noting that this time Lukashenko generally actively engaged in the competition. Another candidate, quite popular in the country Sergei tikhanovski, have already been arrested (signatures required in order to become a candidate, he collected the wife).

The figure of the former Deputy Minister of foreign Affairs of Belarus, former head of the high-tech Park Valery Tsepkalo (another person able to collect a lot of votes) Lukashenko criticized personally.The head of state did not like that for the sake of financing the election campaign last sold the house.

Just not for the old Man

All this time Lukashenka has planned 5 opponents, among which there is no passage frankly. In addition to Lukashenko, Babariko, Tikhanovski and Tsepkalo to the post of the head of state claimed by the former Deputy of Parliament Anna Konopacka and co-Chairman of public Association “Tell the truth” Andrey Dmitriev.

According to political analysts, the last two are unlikely seriously to claim the presidency, but quite able to take Lukashenka’s share of the vote.

While Lukashenka clearly wants to make an election of little interest to the technical event is just another re-election, already in the sixth time. But experts are not sure that it will pass unnoticed.

Even if the incumbent President of Belarus will win in August, then with high probability it will happen the last time

The reasons for such assessments are several: Belarusians are tired of the tenure of power, and affects the mood of the current problems in the economy, the spread of the coronavirus, as well as issues that will remain relevant always. For example, a low level of wages. On this background, the electors can vote for anyone, just not for Lukashenko – approximately so Vladimir Zelensky, and became President of Ukraine.

The mood of society pours out in protest. Speaking against the arrest of one of the presidential candidates people in different cities lined up in the “chain of solidarity”. They reach lengths of several hundred meters to a mile. In General, stock peace, but not without arrests: the police arrested a total of a few dozen activists