Before that, the work of the Ministry of health has been repeatedly subjected to sharp criticism for mistakes. The political scientist Daniyar Ashimbayev believes that the change of the head of Department was obvious. It was only a matter of time.

Why did they leave?

— Daniyar, what do you think that really linked the resignation Elzhan Birtanov – with the condition or with the fact that I missed the situation with the growth of morbidity? Generally a rare case, when in Kazakhstan the Minister of health himself has resigned.

— Why rare? Our health Ministers have gone differently.

At the time, the first Minister of health of Kazakhstan Aksultana Amanbaev was removed from his post in 1992 when he tried to fire Mukhtar Aliyev from the post of Director of the Institute of surgery. Witnesses remember the strike of the surgeons in the city center. In the future he could get a job only by the Director of the kindergarten. 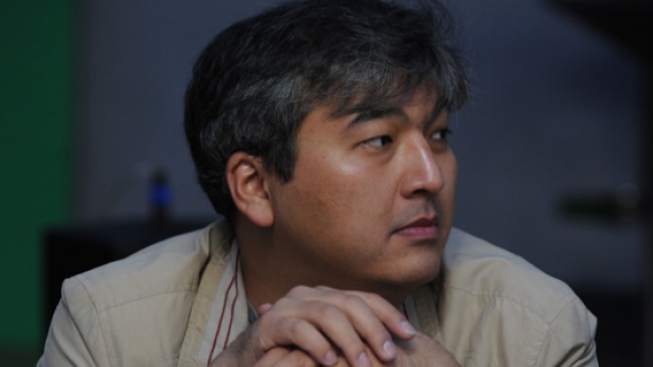 Then from April 1992 to October 1997 by the Ministry of health was headed by Vasily Devyatko. His many respected, but the scandal with HIF crippled the career of Vasily Nikolaevich. Then for health of the Republic of United education, culture and sports, the Ministry did not respond Tolebai Rakhypbekov. After a few months to August 2000, the Minister of health was Maria Omarova. She continued her career in science.

Zhaksylyk Doskaliev, who led the Ministry of health from August 2000 until April 2004, planted. But his successor Yerbolat Dossayev went after the scandal of HIV infected children in Shymkent. Oddly enough, doctors have a positive attitude to his work. Not being associated with the medical mafia, he signed a lot of paperwork needed in the industry.

Sabotage and abuse after quarantine backfire in criminal cases — the scientist

What did Yelzhan Birtanov? I think he not only ruined the industry, but has not coped with quarantine

However, this is not the main reason for his resignation. He is infected with coronavirus floor-government. And although Birtanov expected a lot, unfortunately, no expectations, he failed.

— You want to hang all the dogs on the Minister, if the uncontrolled growth of infection occurred due to disregard for the recommendations of the medical profession of the citizens themselves?

— This question was significantly affected by the distortions in information flow. About this very well recently wrote sociologist Gulmira Ileuova. As soon as COVID-19 came to Kazakhstan, they immediately began to intimidate the people. That, say, coronavirus is only death. Nobody did not bother to explain that the disease may be asymptomatic or mild, and the treatment procedures. Simply because of all the irons were shouting that we will all die.

And the problem in the first place was that with the introduction of state of emergency closed all medical facilities.

That is, it was such a secret order not to hurt anything, except the coronavirus. Heart disease, colds and other infections were massively accumulated and not treated

Two months in the country were closed all pediatric offices. And what did we get? The manifestation of undiagnosed or undertreated diseases. But even two months without the sun and fresh air.

Therefore, all quarantine measures to the extent as they were we have implemented have led to a dramatic decrease in the General immunity of the population.

we have seen abuses of SES, which could not decide what he wants

Saw and construction contracts, was given away right and left without any tenders. The government has shown itself to be far better.

On medicine, as we recall, was made by someone else, but not experts. It was quiet at the medical research Institute and the professors. I have the feeling that some Deputy mayors and Gavroche SES with experience in accounting more versed in the situation than the professionals.

— On the classification of the Ministry of health we have already talked about.

Yes, Yes. The problem is exacerbated and the closure of the pediatric departments, and the reduction of infectious diseases and mass privatization of medical institutions. That is, in the most difficult period of life of the country, decisions were taken not by medical professionals, and experts in public procurement and Finance.

Administrative itch, which I have said many times, brilliantly manifested in 2020. The Ministry of health has made every mistake

A month after the start of quarantine, i.e. in April, it was clear that the measures are too stringent and lead to a deterioration of the situation. But it was possible to arrange normal medical care of the population. But nothing that was not done. Therefore, the current surge in the incidence of all other diseases, in addition to coronavirus, this is a direct contribution ill-considered quarantine measures. Not to mention the fact that this is a logical consequence of the reforms that tried to bartnovskaya team.

— Gone-that he is one, and his entire team, in fact, left.

— Will reshuffle. The new Minister still had the experience of a physician and Director of medical center of President administration. This is the conversation that in recent years the number of staff with experience doctors and Gavroche in the leadership of the Ministry of health began to aspire to zero. More or less experience in the specialty was Lyazat Aktaeva, and she resigned as Vice-Minister.

He is a Prime example of how a high post is important and can be worked in the grass-roots structures.

By the way, this is not the first assignment from office of the President. When I went to a series of scandals in Shymkent, from UDP to the post of mayor came Murat Aitenov. There are other examples, looking at that we can say about the authority of the office as a source of anti-crisis staff.