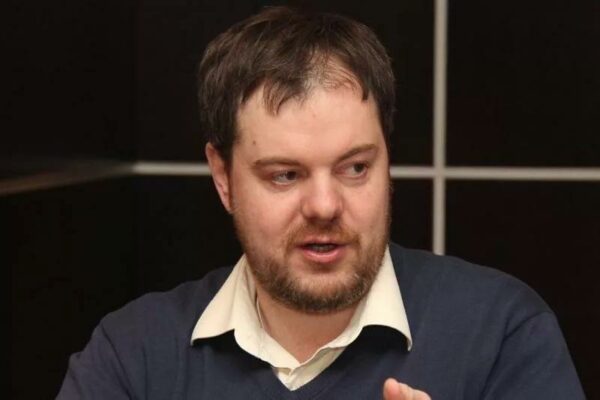 The procedure will be held from 17 August to 3 October.

What do they have?

Primaries, as you know, is a preliminary internal party vote, allowing to create a pool of candidates from a particular party for elective positions in the state power system.

people who use the fame and prestige in society, is able to attract the support of the electorate for themselves or their party and participate in case of victory at the relevant election in the activities of the representative or Executive authorities.

This procedure is the most famous of the political life of the United States on the eve of elections of the President of this country. However, it is also used by Republicans and Democrats for selection of candidates for Congress and local authorities.

Similar experiences have countries such as Argentina, UK, Italy, Mexico, France, Turkey, South Korea, etc. And any universal model of organization and conduct of the primaries no. Practice identify the following main types of primaries:

a) open for voting all interested voters of the country, certain regions or localities. It is noteworthy that this opportunity is available to and political opponents from other parties;

b) semi-closed, when may vote only members of the party and non-party voters, and representatives of other parties are not allowed;

C) closed to the admission to voting only members of the party.

Thus, different batches of the same country have the right to decide to spend their primaries or not, and on what model

For example, in Britain the conservatives usually practice identifying potential candidates for elected positions at the conferences of local party organizations. In this regard, they have to vote only members (delegates) of these events. While the labour party allowed to vote on all party members in specific regions or localities.

The Experience Of Russia

In neighboring Kazakhstan, the Russian party “United Russia” the practice of holding open primaries for 2016 elections to the state Duma and legislative bodies of the Federation. This year’s preliminary ballot for the selection of candidates for elections of different levels “United Russia” and their supporters held from 25 to 31 may.

However, because of the situation with the coronavirus this time it was held in electronic format with the participation of more than 970 thousand voters (5% of the total electorate of the country), which is almost two times less than in previous years. However, the number of applicants was 6 089. However, only about 20% of them are current members. This circumstance will allow to come into politics under the auspices of this party to the large number of new people.

In Kazakhstan, the practice of holding primaries is at an early stage of its development

The party Nur Otan held the first of its closed from January 26 to February 4, 2016 for the selection of candidates to deputies of maslikhats of all levels. The results of the voting were selected more than 3 thousand members, subsequently extended at the relevant conferences of the party organizations. However, serious political effect of this procedure is not produced that causes the need to improve mechanisms for its organization and conduct.

The differences of the upcoming primaries

It is obvious that the forthcoming primaries of the party will be noticeably different from the previous ones due to the following factors.

First, its implementation is carried out in the framework announced in 2019, the party leadership restarting the activities of the party

under the motto “Trust. Dialogue. Confidence in the future.” Including this process is aimed at attracting to the ranks of Nur Otan representatives of non-governmental organizations and individual civic activists. Indicative in this respect is the assumption of self citizens who are not members of the party. However, for further participation in the primaries they will have to join it.

Secondly, the selection will be carried out in a pool of candidates not only the maslikhats and the Majilis but

of the Parliament of Kazakhstan. In turn, this can stimulate the growth in the level of inter-party competition and possible discussions on various issues of development of society and the state. In preparation for the primaries can contribute to under the rules of campaigning and public debate.

Thirdly, the upcoming parliamentary and local elections will be held in totally different socio-political conditions

in the same 2016. First of all replace the majoritarian system of elections to local councils on a proportional increases the chances for the possible participation of existing political parties in representative bodies of power. But simultaneously this increases their level of responsibility for the further development of the country and regions.

In addition, the preparations for the elections will be held in the context of the ongoing quarantine measures and the maximum concentration of a large part of Kazakhstani people in solving their personal or family issues. The society also retained a certain level of dissent.

With this in mind, parties must carry out a quite thorough selection of future candidates in the deputies of Parliament and maslikhats, capable of its activities and personal qualities to increase the level of trust among the population to their parties. In this connection Nur Otan launched the process of preparing for the primaries increases its advantages relative to other parties.

First of all, this party demonstrates that it is not conserved,

using the old methods of work with voters and relying mainly on administrative support. In the current environment, it is important to prove its competitiveness, which she tries to do. Moreover, Nur Otan is the pioneer of introduction of the Institute primaries in the domestic electoral process. Of course, there is still much that requires improvement in this process. But in any case

In addition, Nur Otan periodically updates its membership. So, since August of last year of his membership was deleted more than 200 thousand people. The reasons for this is named loss of their relations with the party of the violations of its Charter, and corruption offenses. Already from this it follows that this party is objectively interested not only in quantitative but also the qualitative side of participation of Kazakhstan in it.

Ahead of the primaries in this context become a tool of mobilization in its new series on different criteria of people. In any case, we are talking about the representatives of the politically loyal and not involved in the activities of different parties of the population of the country who are interested to Express themselves in public-political sphere.

The fact that the primaries of the Nur Otan will take place in a closed format, when to participate and can vote only members of the party, may reduce the interest in it among the population. In this case, much will depend on the persons future candidates, including who came to the party new people. The latter may join it not alone but with a group of his supporters ready to vote for them in primaries.

It is also important that the debates during the primaries will be quite open, particularly with the invitation of representatives of the media and bloggers and their online broadcast in social networks. In turn, this will allow interested citizens to watch the debates and correspondence to meet with potential candidates.

Thus, the Nur Otan party made one of the first major steps in its preparations for future elections. However, the performance of primaries will be known after the vote this fall. And the level of compliance with the party functionaries in this process, their stated principles of transparency, competition, rule of law etc. it will become clear how the party itself is willing to follow them in parliamentary and local elections.

In this regard, despite its intra-party character, the primaries can become a good indicator to check the party Nur Otan in the eyes of the population

country for compliance with its declared values, principles, ideas, etc. real cases and their consequences.