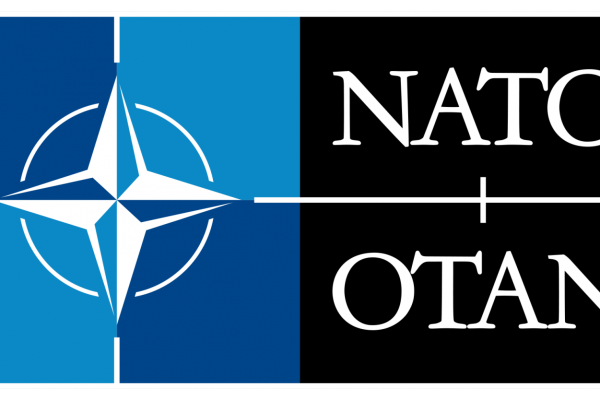 Interview of Emmanuel Macron to the magazine The Economist shocked European politicians. In particular, the French President warned European countries that they can no longer rely on America in the sphere of defense within NATO.

“What we are now experiencing is the brain death of NATO,” said macron.

According to him, Europe is on the brink. So must start thinking of yourself as a geopolitical independent of U.S. power. Otherwise

“we will no longer control our destiny.”

He said that the United States under President trump, it seems that “turning away from Europe”. As an example, the withdrawal of troops from North-Eastern Syria without the prior approval of and notice to the European allies.

To the question whether he believes in the effectiveness of article 5 of NATO which stipulates that if one member is attacked, others will come to his aid, macron said:

“I don’t know, maybe today it will happen, but what will that mean for US this fifth article tomorrow?”

German Chancellor Angela Merkel is extremely sharply reacted to interview of the Macron. She called him unreasonably hard and said absolutely not share the view about the decline of the importance of NATO.

“I don’t think this issue is worth attention. Even taking into account that there are some problems. NATO remains a vital organization to our security,” — said Merkel.

Secretary of state Mike Pompeo, who is in Germany for the events dedicated to the demolition of the Berlin wall, said:

“I think that NATO remains one of the most important strategic partners in the history of mankind.”

In his opinion, NATO has played a crucial role in the lifting of the iron curtain that for decades divided Europe. Cooperation partners in NATO, “created freedom and brought millions of people from very difficult situations.”

Why such an ally?

Macron urged to spend more on defense, but to do it to achieve the strategic objectives of the European Union, without regard to America.

“We have no coordination of strategic decision-making between the United States and its NATO allies,” said macron.

“However, there are inconsistent aggressive actions by Turkey, another NATO ally. Moreover, in the area where European interests are at stake,” he added.

Against Turkish military operations against Kurds in Northern Syria were made by other NATO members, the same France. However, the operation of the Turks became possible due to a sudden withdrawal of U.S. military forces. And it happened after a phone call trump with Erdogan.

According to Macron, NATO works well in the military sphere, coordinating the army. But

“…strategically and politically, we must recognize that we have a problem. We should reconsider the reality of what NATO represents. Especially in light of the commitment of the United States.”

But it seems that the Macron more

concerned about the passive role of Europe in the geopolitical battle between Russia, China and the United States

“All this has led to the exceptional fragility of Europe. And if she starts to think of itself as a global power, will disappear,” he said.

What does the macron?

In an interview with the French leader insisted on closer European integration, rapprochement with Russia, the hardening of positions against Brexit and the termination of expansion of the European Union until then, until the process is rethought.

These comments reflect both its commitment to leadership in Europe, where Merkel is perceived as weakened and Britain goes. He also pursues personal political goals.

But his words provoked sharp criticism from analysts.

Francois Heisbourg, a French expert on defense, said macron “…says independent political analyst, not as the leader of a key NATO ally”. He called the statements of Macron “dangerous” for France and for the European Union.

Words of Macron “really hurt NATO and can be used by its opponents, including trump,” wrote on Twitter senior researcher at the Washington-based Brookings institution Thomas Wright.

He called the interview “a deliberate, provocative and disastrous.” And added that Makron “increasingly acts unilaterally, is not coordinating its activities with the rest of the EU and not even informing his colleagues in the government.”

“It has become clear that Macron “strategic autonomy” means a Europe without NATO.”

“Any attempt to distance Europe from North America would weaken the transatlantic Alliance. Moreover, there will be risks splitting Europe itself”.

Why is it important

NATO leaders will gather in London for summit on 3 and 4 December. Will be celebrated the 70th anniversary of the Alliance. Unexpected applications of Macron on the future of the Alliance will inevitably overshadow the meeting. Especially that at this meeting for sure again sounded the sharp criticism of the three allies. He has repeatedly called on Europe to spend more on support for NATO activities.

Therefore, the next meeting of NATO can form a very unexpected information agenda.