The trial of the “Uzbek Princess” is going to be closed. 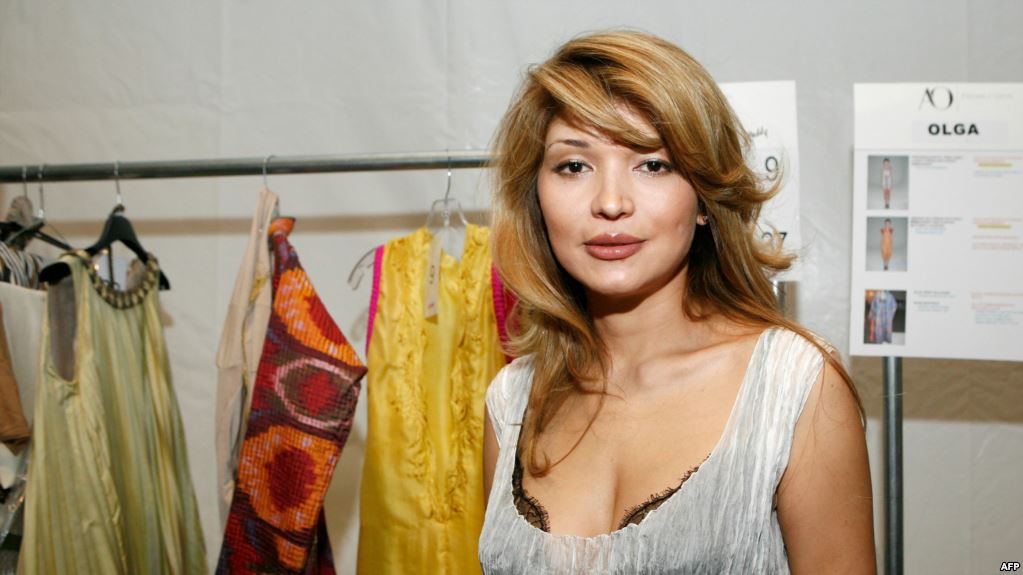 Uzbekistan is preparing another closed trial in the case of Gulnara Karimova, writes portal Asiaterra.

Earlier in the hearing in Tashkent it was decided to move to another place. At the same Swiss lawyer Karimova Gregoire Manga claims that his presence was not allowed. Although he reportedly filed an official request another two weeks to process. Daughter Gulnara, Iman Karimov, is also not allowed.

Karimov was held in the women’s prison in the village of Zangiata, and after the trial it was taken away in an unknown direction

The author suggests, in the Tashkent prison.

Iman Karimova, who lives in London, says that her mother was notified about the hearing in just a couple of hours before.

Where are the billions of dollars Gulnara Karimova? — Media review

The author believes that the last meeting due to the recent initiation of several criminal cases against Gulnara Karimova. One of them started in early March in the United States. But Karimova defendant protrudes Behzod Ahmedov, former CEO of “Uzdunrobita”. The President’s daughter is accused of bribery in especially large sizes for the assistance in obtaining licenses for mobile communications in the Republic of Uzbekistan.

According to investigators, she received 865 million dollars, which are then laundered in the States too

— It is clear that by itself Gulnara Karimova as a private person could not enable or disable the “green light” to foreign telecommunication companies, it is under her direction did other people. And as one might expect, in close cooperation with it — says the author.

Also, the journalist has put forward the version that the process will be closed because it can sound quite famous names.

Look at the history

In trials of different cases over the daughter of the late President of Uzbekistan continues not the first year.

Back in October 2013 (during the life of Islam Karimov) against it criminal case about extortion and tax evasion.

The economic damage is about $ 2 billion

But the first trial was held in August 2015. The disgraced daughter of the President was sentenced to 5 years of restriction of freedom.

The verdict was kept secret for two years

Public this fact was only a year after the death of Islam Karimov.

What are the salaries of Ministers of Uzbekistan to Delhi Gulnara Karimov?

In December 2017 was another court, pleaded guilty Karimov in the list of crimes. This time she received 10 years in prison, and women prison. Where they sent her.

The judges explained their humanity by the fact that Karimov promised to return the money and compensate the damage.

In March 2019 she was accused of willful violation of the conditions and returned to the women’s colony. For this reason it even got a special message of the Prosecutor General.

which consisted and other high-ranking security officials.

— Abdullayev Ihtiyor found guilty of organizing a criminal Association, accepting bribes, making deals against the interests of Uzbekistan, extortion, misappropriation, violation of the customs legislation in especially large sizes, in the interests of an organized group and a criminal community and a number of other criminal offences by abuse of office, was quoted by the portal press service of the court.

Why Mirziyoev took the head of the national security Service?

Abdullayev was sentenced to 18 years in prison. Also, the judge announced the sentences to the other members of his group.

The rest of the sentences:

In addition to them, the defendants were still 15 people, which also appointed a different punishment.

Abdullayev Ihtiyor held the position of Chairman of the SGB of Uzbekistan in 2018-2019. Prior to that, from 2015 and for three subsequent years, was the General Prosecutor of Uzbekistan. Previously held the post of Senator.

Radio Ozodlik reports that in Namangan started a semi-official campaign against beards.

Uzbek question: will all over again, as when Karimov? — expert

Journalists refer to complaints from local. Allegedly first complained two entrepreneurs from the market “Chorsu”. They said that on September 22 there were unknown people in the civilian, presented by employees of internal Affairs bodies.

They stopped in the market men with beards

One of the traders said it stopped several times.

– The first time they introduced themselves as police inspectors. Although I’m sure they’re very alien, not from here. They told me: “Why are you growing a beard? Shave it off”. And I said, “In Islam it is considered Haram to go without a beard.” I tried to explain to them that they limit my rights to freedom of religion. However, they did not listen to me. Tried to get to the police station, but this time around we were ready. They were unable to pick me up, and I did not shave the beard, – quotes the portal of the interlocutor.

Uzbekistan has nothing to do with it: where are Uzbek terrorists

Another said that to shave the beard he demanded three times. Twice people from the Bazaar administration and for the last time – out of the SES. And some have referred to the instruction “from above”.

Regional and city police in Namangan the situation with the forced shaving of the beards has not yet commented.

In late August, security forces raided one of the capital’s major electronics markets.

Then detained dozens of bearded men, and brought to the police station where were waiting specially brought Barber

After the forced shaving of all released.

— A few days later, the press service of the Main Department of internal Affairs of the city (GUVD) of Tashkent said that beards interfere with “smart” cameras. The Ministry statement stressed that no one forced men to shave beards, only asked a few “to get in line with the photograph in the biometric passport.” According to the Agency,

“the incident with the shaving of the beard had no religious motive”,

— That is, they were asked to shave off his beard if the photograph in the passport they are depicted without a beard, the authors summarize.